the chapbook interview: Lindsay Lusby on the mother-beast of a poem

Your work as an editor and poet gives you the opportunity to work with several different genres of publication—literary journal, anthology, broadside, letterpress—as well other venues of literary culture such as writer-residencies, salons, readings, and launches. What do you admire about the chapbook form as a genre and vessel for poems?

I don’t think there is anything else that does just what a chapbook does for presenting and shaping poems. When I began writing Imago, it was a huge experiment for me. It was the first time I ever attempted writing poems in a series, interconnected pieces that create and continue a lyric fairy-tale narrative. Although it’s almost impossible to sustain this over 40-60 poems, a length of 10-20 poems is just right—the Goldilocks quotient. These parameters also gave me the freedom to explore narrative possibilities in a way that I never had previously when my focus was on the smaller frame of the individual poem. Where one poem ended, I could pick up the lyric thread and continue to push it further. My chapbook experiment forced me to push past the mystery that I like to leave my poems suspended within. I had to find answers to the poetic questions I posed. The interconnectedness of these poems also made them very dependent upon each other for meaning and context, which meant that they lost some of their potency if presented as individual poems (say in a literary journal or anthology). This could be considered a weakness in the poems, but gathered together in their intended sequence in a chapbook, they seem to form one bigger and stronger poem. That’s what I think the chapbook does best, when it works: assembles a group of poems into one larger mother-beast of a poem.

Imago (Dancing Girl Press, 2014) is your first chapbook. What did you learn in the writing classes and workshops you took in college about the chapbook as a genre? Talk about your classroom experiences that informed your thinking about the chapbook.

Of all the creative writing workshops and classes I took as an undergrad, I don’t really recall much mention of chapbooks, sadly. There was plenty of focus on how individual poems work (and don’t work) and on analyzing full-length collections, but no chaps. My introduction to chapbooks actually came through the letterpress printing and bookbinding workshops I took during that time. So I learned about the history of chapbooks as folk art, as object. Their intersection with the publication of contemporary poetry just served to draw me in further. Because of this introduction, I will always think of chapbooks as both physical artifact/art object and vehicle for poetry.

Your chapbook Imago is a coming-of-age story of fairy tale and myth. What are the strategies you admire of other contemporary writers who do similar work in the genre? Talk about your interest in retellings.

My two favorite retellers of fairy tales and myth are Angela Carter and Kate Bernheimer. They completely embrace the inherent weirdness of fairy tales, and then they amplify that weirdness. Carter takes it to the carnivalesque and Bernheimer to dark and visceral whimsy—both nurture the tales’ grotesqueries. I think I favor Bernheimer’s approach more in my own writing; although in my reading, I love both equally. In her fabulous and insightful essay in The Volta, Kate Bernheimer called all of this the “fairy way of writing,” after Dryden. She articulates so many of the qualities of fairy tale that were previously inexplicable to me: everyday magic, intuitive logic, flatness, abstraction. These are the things that make fairy tales and myth such fun to play with and rearrange.

Writers and poets often talk about advocating for their work, promoting their work, and supporting the work of other writers by giving back, thereby creating a community where literary endeavors of small presses and the writers they publish is celebrated, discussed, and read. What strategies of advocacy and promotion do you think are most helpful for the chapbook?

I think this will always be a difficult area because the audience for chapbooks is even smaller than the audience for poetry in general. But I think the presses themselves have a great way of forming an instant sisterhood among the poets they publish, even if they haven’t met before. There’s a certain something about our writing that makes it Dancing Girl Press material, so we’re already more likely to have a natural affinity for each other’s work. And because of that, our audiences also naturally overlap a bit and every DGP poet I’ve met online or in person has been so generous about supporting my chapbook and the chaps of other DGPers, even sharing their own spotlight. I mean we are each other’s audience! It’s a connection that feels much more familial than it does competitive, so our instinct is to cheer on each other’s successes because any DGP win feels like a victory for each of us individually, too. Maybe that’s just me? But I don’t think it is. I think reading and thoughtfully reviewing each other’s chapbooks is a great strategy. Because who knows and appreciates the art of chapbooks better than we do? We are the ones who can best explain to the uninitiated what is so important and beautiful about chapbooks. Holding collaborative events—readings and salons, especially events that bring in a second medium like music, visual art, etc.—is also a fantastic way to simultaneously support and celebrate each other’s work while presenting it to an audience of potential readers. The most successful and engaging events I’ve held or attended feature a meeting of connected but separate arts media. For celebrating chapbooks, what about an event that is both a reading from chapbook poets and a demonstration of bookbinding or printing techniques? I would love to attend that!

What chapbooks are inspiring you these days?  Try a Little Time Travel, by Natalie Lyalin (Ugly Duckling Presse, 2010) is one of my all-time favorite chapbooks. It is perfect in its sense of play. Darling Hands, Darling Tongue, by Sally Rosen Kindred (Hyacinth Girl Press, 2013) is also a fantastic chapbook discovery of a few months ago.

What do you look for when you put together a chapbook? I look for poems that need to be alone together. Those poems that really need to get a room because they’re making the other poems around them uncomfortable with how intimate they are with each other.

What’s next for you? I’m currently working on building my first full-length poetry collection, which I’ve called Catechesis. I’m also working on a collaborative chapbook with my poet-friend Emma Sovich, called Women’s Work. We’re both letterpress printers (she’s actually just completed her Book Arts MFA at the University of Alabama!) and proud feminists. For such an industrial art, the letterpress printing renaissance that we’re living right now is also largely populated by women (you can check out this awesome group called the Ladies of Letterpress here: www.ladiesofletterpress.com). And all of these awesome women in the print shop has us feeling like the proper granddaughters of Rosie the Riveter—at home amid the smells of lead type and rubber-based ink, working to the hum of the motorized proof or platen press. Our collaborative chapbook will attempt to use the cast-iron imagery of the print shop to create a contrast with the traditional notion of softer, domestic tasks as “women’s work.” Emma and I hope that, in the end, the fifteen to twenty poems we write for this chapbook manage to construct a kind of printers’ feminist manifesto (or even a feminists’ printing manifesto).

Current chapbook reading list: I picked up a stack of new chapbooks at AWP Minneapolis that I’m excited to begin: The Greenhouse, by Lisa Gluskin Stonestreet (Bull City Press, 2014); Beneath the Ice Fish Like Souls Look Alike, by Emilia Phillips (Bull City Press, 2015); No Girls No Telephones, by Brittany Cavallaro & Rebecca Hazelton (Black Lawrence Press, 2014); Lace & Pyrite: Letters from Two Gardens, by Ross Gay & Aimee Nezhukumatathil (Organic Weapon Arts, 2014); and Should Our Own Undoing Come Down Upon Us White, by Jill Osier (Bull City Press, 2013).

Number of chapbooks you own: 35 (I think!). At least, those are the ones I can find right now.

Number of chapbooks you’ve read: 21 (that I can remember right now!). I still have a good amount in my stack to get to reading.

Where you spend your chapbook earnings: The little I make from my chapbook goes toward the lofty goal of helping to pay down my credit card balance, which is primarily a healthy mountain of vet bills for my dog and two cats. 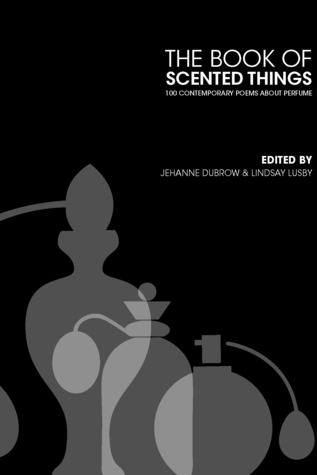 Carly Sachs on writing poems out of a love for others, the world, and language

“Wanna hold hands and come along?”: The chapbook interview: Nicci Mechler on addiction