Humor informs the poetics in your chapbook Bad Baby (Dancing Girl Press, 2015). What poets do you admire who do this same work? What specific collections or styles do you find provocative?

I admire poets that can pivot between lightness and seriousness (or inhabit both places at once). Sometimes playing with language can make us jump from something cartoonish to finding out something true. I liked both of Patricia Lockwood’s books, Balloon Pop Outlaw Black and Motherland Fatherland Homelandsexuals. I heard her read “The Father and Mother of American Tit-Pics,” about Emily Dickinson and Walt Whitman, at the Sarah Lawrence Poetry Festival last year, and she was hilarious in a way that made me think.

I also enjoy work by poets who don’t keep themselves locked into tight genre boundaries, like Joyelle McSweeney’s play The Contagious Knives. She said in an interview with Entropy that her exuberance is “more volatile than her rage.” I identify with that.

Your sequence addresses issues of gender—violence against women, gender roles, motherhood, sexuality and desire—and of course, the cover is bright pink. How does feminism inform your work?

Those are all issues that I’ve written about much more directly in some of my other poems, like “Immaculate,” a poem about the Virgin Mary that the Heavy Feather Review published. So I’m glad that you can still hear them in this chapbook, which is more playful and aggressive, and I think less direct in its approach to feminism.

I started writing Bad Baby after I heard a “This American Life” episode about babies gone bad. How do we know if that could happen to us? Maybe we don’t. Maybe we know very little about what’s going to happen to us in our lives. So part of what I want to address is uncertainty, and how everything, especially love, is a risk.

The cover design is based on a retainer that I had made on a recent trip back to Appleton, the town in northeast Wisconsin where I grew up. The orthodontist told me that the technology had changed a lot since I’d gotten my previous retainer, and that he could make it look however I wanted. I asked him to make it hot pink, with a black skull & crossbones, and the words “Bad Baby.” I sent a photo to Kristy Bowen, my publisher, and she found that gorgeous bright pink cardstock that you see today. I love that it reminds me of a zine in the punk or riot grrrl traditions. We also thought about putting glitter on the cover, but ultimately decided it was too much trouble to figure out how to make it not get everywhere.

Bad Baby is your first chapbook. What did you learn in your MFA program about the chapbook as a genre?

I most often heard about chapbooks as an end-of-semester portfolio that contained all of the final revisions, thoughtfully ordered, with a title page, and maybe with a photo of a French bulldog wearing a monocle on the cover (okay, maybe that was just mine). I was in a few workshops that exchanged chapbooks at the end of the semester, whether physical copies or electronic.

I remember feeling panicked when I was first encouraged to figure out how to order poems in a manuscript. David Groff, one of my professors at CCNY, was exceptionally patient, and encouraged me to look at what poems speak to one another, and whether I have poems that ask questions that others start to answer or otherwise explore.

Michelle Valladares, another CCNY professor who was also my thesis advisor, had a useful suggestion. She told me to print out a tiny version of my manuscript, with four pages fitting on one page, and cut it up to have an easily-rearranged physical version of my manuscript. I taped the miniature pages to the wall in a tiny room in my apartment that I call my Poetry Room. (When I say tiny room, it’s in the way that people in New York sometimes call their fire escapes “balconies.” It’s about 25 square feet, which is just enough room to have a wall for poems in progress, and another wall for my friends’ broadsides. Right now I have some from Elaine Equi, Lisa Marie Basile, Anthony Cappo, Gregory Crosby, and Joanna Valente — and the last three of those include art by Ted Chevalier.)

In addition to using these miniature printed copies to rearrange poems, I ended up doing a lot of color coding. Certain poems felt blue, others red, sometimes both — so I marked the sheets with crayon scribbles. I don’t have synesthesia, but I find that trying to apply one kind of art to another is useful. I think of how I used to arrange tracks on mix CDs for my friends. That’s a similar skill to putting chapbooks together.

Myth, whimsy, popular culture, and the unexpected juxtaposition of imagery fills Bad Baby. I should say, specifically, thank you for including Lite-Brite in your poem and the many references to the pre-00’s era. Talk about your writing and inspiration process.

When I wrote Bad Baby, I was writing a poem a day for National Poetry Month for the first time ever. I wrote the title poem, which was first published in the Cross Review, on April 1, 2014. Almost every poem in this chapbook is a revised version of something I wrote that month. I also started sending out Secret Poems — what I call poems that haven’t been sent out for publication yet — on tinyletter.com/welhouse.

I wrote the poems with pre-00’s references while watching all six seasons of Dawson’s Creek on Netflix. I never watched this show when it was on the air.  I was (and still am) one of those chronically over-scheduled people who can’t commit to watching a show in real time. But I started watching it, and before I knew it, I was hooked on what’s essentially a Greek play of a teenage drama, with the players contractually clad in American Eagle.

Michelle Williams, who plays the “bad girl from New York,” is a national treasure. In lesser hands, that character would be a complete cliché, straight out of a reductive madonna/whore dichotomy. But Michelle Williams gives her nuance, and she’s so luminous that you can’t help but watch. (This is still true — I got to see her in Cabaret on Broadway last fall, and she gave Sally Bowles a real sense of vulnerability.)

I also kept thinking, as I was watching, how strange it must be to start out relatively unknown, and transition to being huge celebrities while still playing the same characters. You always hear about teen celebrities wanting to break free and make people notice that they’re not children anymore. Maybe in some ways, teen celebrities are the ultimate “bad babies.”

How do you define chapbook? A short book, sometimes focused around a particular theme.

What makes a good chapbook? I like to read books that make me see things differently than before. The same as a longer book, I think. 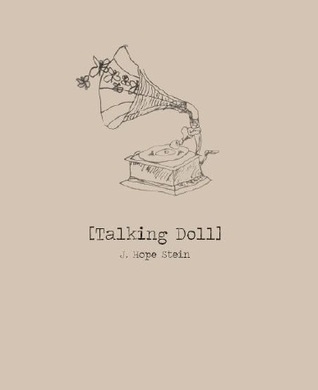 What chapbooks are inspiring you these days?  When Bad Baby was first accepted by dancing girl press, I read a bunch of other dancing girl press poets. I particularly loved Twos by Emma Aylor, Undressing by Nicole Steinberg, Mesmer by Joanna Penn Cooper, Talking Doll by J. Hope Stein, In the Way of Harbors by Alexandra Mattraw, and S by Sarah V. Schweig.

What do you look for when you put together a chapbook? I look for which poems have something to say to one another.

How are you trying to get better as a chapbook poet? Writing a lot, and getting older.

What’s next for you? I’m working on a full-length manuscript, Immaculate, and another chapbook, Too Many Humans of New York. 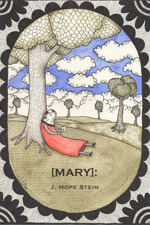 Number of chapbooks you own: Let’s see. I own five chapbooks from the Operating System (Spooky Action at a Distance by Gregory Crosby and all four from the woodcut series), 7 or 8 from dancing girl press, The Ice Poems by Paige Taggart, The Heart That Lies Outside the Body by Stephanie Lenox, and various others from friends and poets I’ve seen read over the years. Oh, and I also have about 50 copies of Bad Baby under my desk right now. I ordered them for a reading I’m doing with Bushwick Sweethearts at Mellow Pages in Brooklyn on Saturday, May 9th and for the Poetry Festival in Cedarmere on Sunday, May 17th.

Where you spend your chapbook earnings: Buying more copies of my own chapbook.

Your chapbook wish: I would love if a teenage poet from the Midwest, like I was once, read Bad Baby and was inspired to write a poem in response. Wouldn’t that be nice?

Chapbook Bio:  Abigail Welhouse is the author of Bad Baby (dancing girl press, 2015). Her writing has appeared in The Toast, The Morning News,The Rumpus, Lyre Lyre, Yes Poetry, and elsewhere. She holds an MFA from the City College of New York, sends Secret Poems at tinyletter.com/welhouse, and would like to talk to you on Twitter: @welhouse.

Jean-Paul L. Garnier on a Space Cowboy Space for Chapbooks